Only one technology of SHINKO DENSHI

"Tuning Fork sensor",Only one technology in the world

Shinko Denshi always pursue spirit of innovation and originality, thus released world and Japan first products into the market. Amongst many Shinko Denshi products, Tuning Fork, utilizing vibration frequency of tuning fork commonly used to tune music instruments and corresponding to the industry needs require high accuracy weighing and measurement, is the only one technology in the world which Shinko Denshi is proud of. 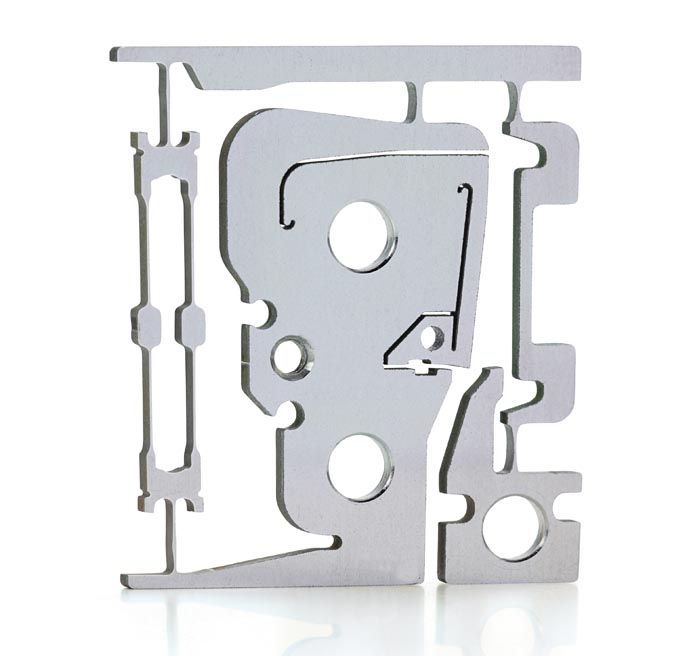 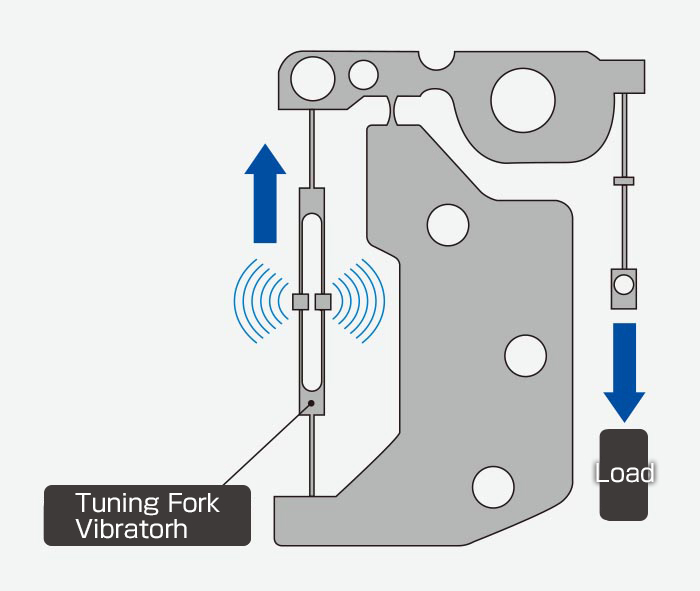 "Tuning Fork sensor",Only one technology in the world

Measure frequency upon applied weight Tuning Fork vibration frequency is extremely accurate. That is why it is used for tuning of music instruments. Force Sensor detects change of tuning fork frequency which corresponds to weight, then convert into weight value. Frequency is determined by shape and material used for tuning fork, resulting the consistency against temperature change, durability for secular change, high accuracy and robustness.

Only Shinko Denshi can select the best sensor from 3 different sensors correspond to the purpose of usage. 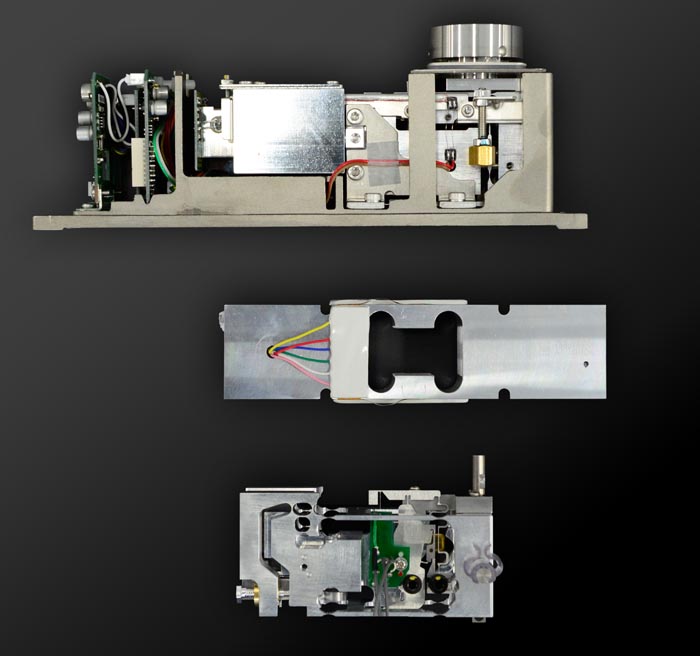 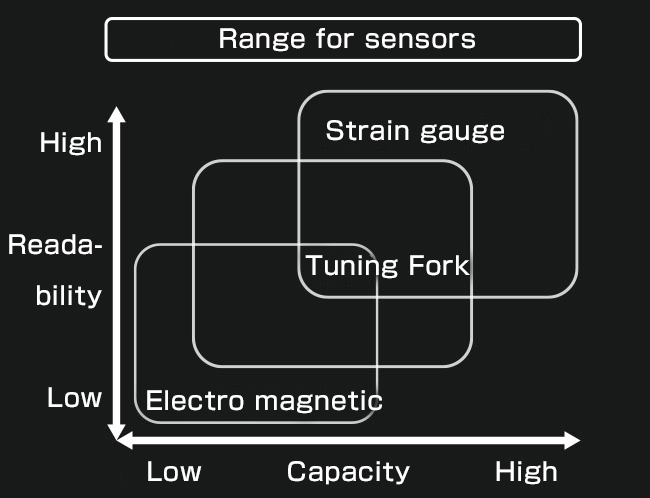 The brand name “VIBRA” was a compound of Libra and Vibration, and we devised originally. It has been registered a trademark in Japan and also measure countries.
We blended "Libra" which means balance and weight of Latin word, with "Vibration" which was the technique that we developed originally. We wish to contribute to the industrial society globally in order that the value of "Vibra" spreads like a vibration wave of the tuning fork.

“SUBARU” reflector mirror performing astronomical observation corresponding to the movement of stars weighs 23 metric tons. It looses focus due to deformation by its own weight when changing its force direction. In order to compensate the deformation, it requires super accuracy sensor which measures the micro change: 1g against 150kg weight. Under the circumstance of top of the 4,000 meter high mountain, large difference in temperature day or night, and hardly perform maintenance work, there is no other equipment but Shinko Denshi Tuning Fork sensor. Implementing total 261 pieces of Tuning Fork sensor, which supports 90 kg weight per piece, are still performing its full function to unravel space mystery without no maintenance whatsoever since its installation 16 years ago. 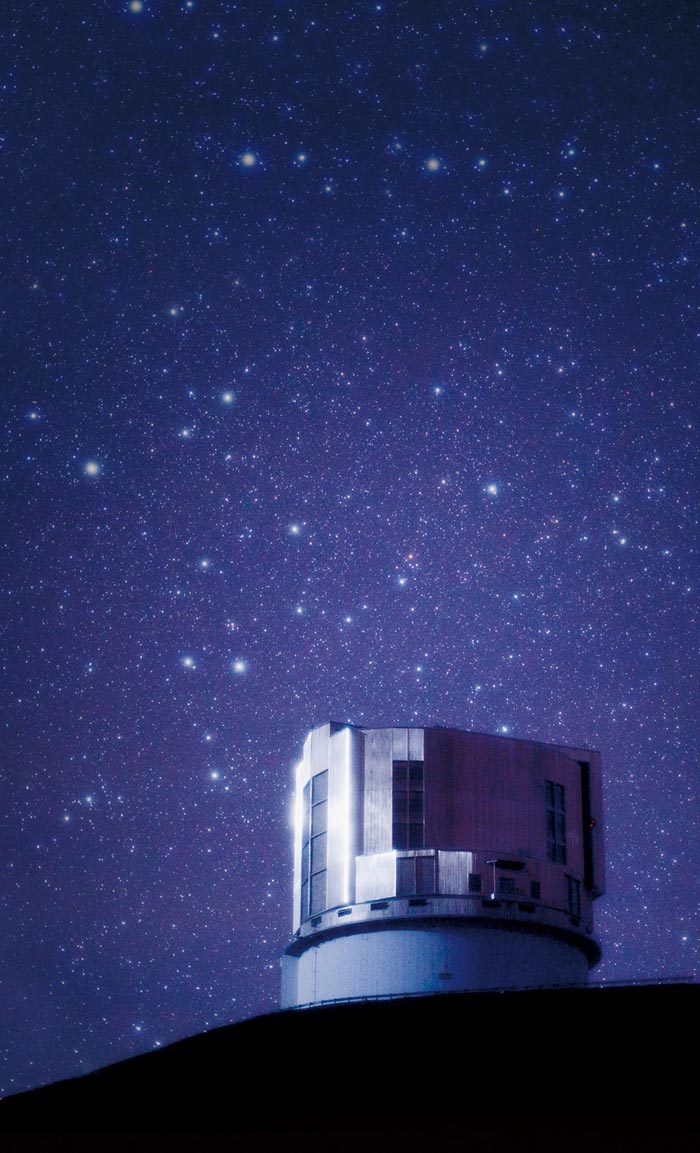 Currently spotlighted Hydrogen energy as environment friendly fuel. Hydrogen itself is very light weight but its container is heavy so that in order to perform weighing accurately, large capacity yet fine resolution weighing apparatus is necessary. Also, hydrogen is hazardous material so that explosion-proof is crucial factor. To fulfill these several conditions, Shinko Denshi’s Tuning Fork sensor is the only one available. We contribute to the environment conscious new society with only one technology for which only Shinko Denshi can realize. 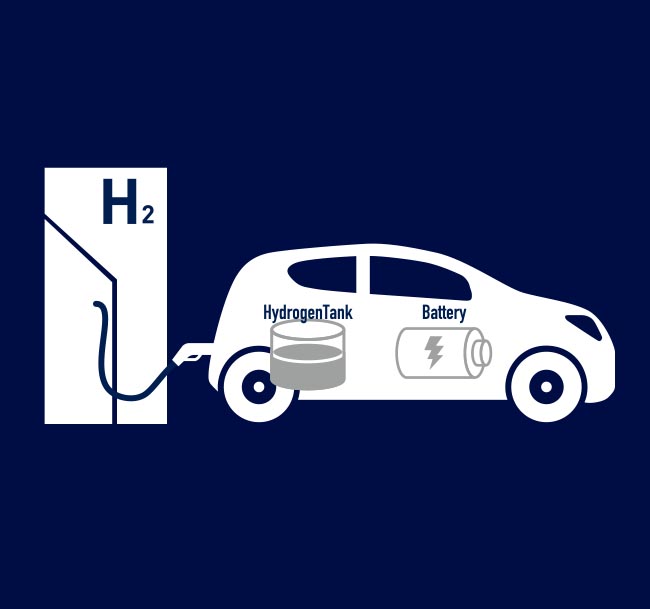